This week we look at Brooks's promotional emails. 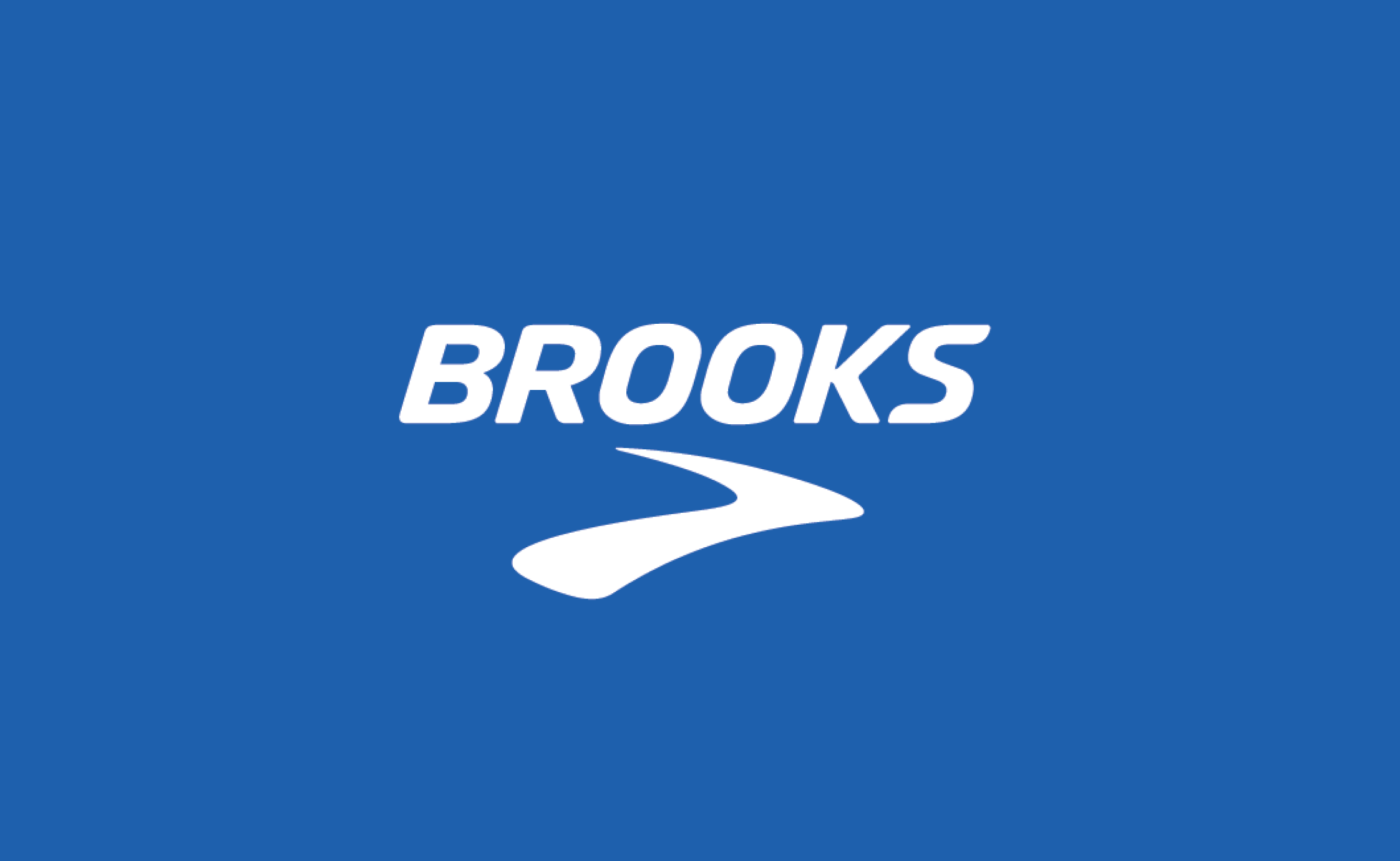 Matt Helbig: What's up, Matthew Smith? Welcome back to another episode of Feedback Friday.

Matthew Smith: Feedback Friday where we review best in class emails and talk about what makes them so dang good. Hey dude, we're looking at some tight little Brooks Running emails. I started collecting these not too long ago.

These things are fun. Here's the thing. I'm going to get some stuff out of the way so that I can just like jam on the exciting stuff. They're all images. And man that bums me out big time for all the reasons I've always said, all image means that there's a lot less, you can test. It's not accessible for people who have vision problems or are otherwise impaired.

It's a problem for people loading emails in places with low internet. Those things aside they are using fonts in their desktop that are big enough, that it translates to mobile well and very easily. The style and the simplicity and the focus of these emails are killing it. And I'm just super happy to go through this.

So the first thing, like what a fun GIF, like somebody took some time to make something sweet and special, just cute. Nailed it. Talking about dads and all these running dads, which is pretty tight. This is a great way to use social media. Don't just tell me that you are on Instagram, show me that you're on Instagram.

This is a great, great example of that. And these are those people. I'm sure that they got permission to use their photos and all that kind of stuff, but it's super tight. It's cool. Then I can jump into gear. So it's just a fun way to celebrate quickly. Hey, it's Father's Day let's do this and Hey, let's jump in and they're talking about some sweet stuff and dad-approved proof gear.

This is an interesting one in the sense that a lot of people have shitty dads, or they don't have dads at all or whatever. I think they're just jumping in pretty quick. They're talking about it easy and then they're peacing out. I think they've done a nice job. They're not saying things since we all have dads, they're not making any assumptions. So those are some things you gotta be careful of.

Matt Helbig: It's not a Father's Day sale or anything. It's just like, here's some dads. This is a surprising one to me. I wasn't the biggest fan right upfront when you're scrolling through this. Looking at it again, like there's a lot of little tidbits in this email.

If you scroll up even like the outline around that image sort of being that hand-drawn is like interesting. wouldn't even think of something like that to do something like that. I would just probably crop it in a plain square. I think that adds a lot of personality and uniqueness to this email.

Then scrolling down to that massive mobile nav feels pretty good. I think it solves a problem for them and showing all those different links. Those do sometimes get clicks and if people are expecting to see the navigation maybe they're clicking on them more often. Then that CTA copy, I think is really fun. in general, this one has a lot of little pieces that add up to a pretty good looking email.

Matthew Smith: Yeah, I agree. I'm always curious about navigation within an email. I haven't done any work recently for an e-commerce brand. That was using something like this. From just a user experience, point of view, it's super handy.

The ability to feel like I can jump one or two clicks in right away. Without having to land on the page, then look in navigate, but get in. And then this idea of being able to find a shoe finder, which feels like probably a tool to help me get the right shoe. have the hardest time finding a good bra. So I'm excited about jumping in with that.

Knowing that I've got a 90-day free return, like these kinds of things are what sells people on, like feeling served by the brand. So let's jump into some others see what they're doing over here.

Once again, they have a cool GIF. They're shown shoes fast, right? Like I want to run fast. They're like, not like, moving in this slow GIF through. I like that. That feels good. These shoes look good. The type is nice and big and clear and simple. Notice they have a heading here. They have sub-copy divided by this little divider and some CTAs.

They do the same thing again, but on a white background, they keep it super duper consistent. They switch it up a little bit here. To get price divider, heading some heading shoe CTA. It's still the same sort of components, right? In the design system thinking, you call it atoms. It's these little blocks and it just works.

It's so clean and simple. That's why I like this kind of stuff. I would love to see hover states on some of these buttons. But again, you can't because it's just a big image. There are groups out there that could code this up pretty quickly. Once you have it coded up, then you're able to build things very fast.

So that's the other reason not to use images is if you want to build a new email or if you want to test some new copy. You've got to go work with a designer and then a developer and the whole team to get a new email out the door versus like jumping into the template or the code block and adding some text or changing a CTA, that kind of thing.

So again, would love to see live text. Here's some interesting stuff. On that promo that they had going for dad. Just another way of like drawing people in. I think that's pretty interesting. And then again, this big nav,

Matt Helbig: Even with it being all images, I feel like the text is very readable. So even if you're going to lock in that text, at least make it readable on mobile and desktop. I think they do solve that issue of it being large enough on mobile that I don't have to squint or zoom in or anything like that. It feels like they're designing mobile-first and sort of scaling it on desktop.

Matthew Smith: That is true. When you do an image like this, just make sure that you're providing accurate, very clear alt text for it to remain accessible to people who have visibility issues. Keeping in mind that, it wasn't long ago that on the web that moved to now an issue where you can have a lawsuit and it won't be long before that's something to expect an email as well. This isn't just to be nice to people or ethical to people. This is something that is about business-level decisions.

So jumping over and continuing to look here's another set, but this time, just a little bit different sort of way of moving through it. Keep things fresh, keep things interesting.

But look, they're still using that hand-drawn sort of feel to continue with the brand. I think that's a rad way of thinking. So they're enhancing these photos with this hand, drawn quality, and then they're getting people into their shoe finder.

This image feels like it's not on brand, but other than that, I feel like they've nailed some nice ways of looking at things here.I probably would have some rounded corners on these photos or something like that. I think that almost feels like it's a little bit more in brand. But. I liked it. They switched it up. Any thoughts?

Matt Helbig: I liked the themes of these emails. I think they are finding interesting themes around these different sends. At the end of the day, they're just selling you the same probably handful of shoes over and over again. I think they're doing a smart job on trying to bring in some new ideas and framing these products around things that you want to do or people in your life.

Matthew Smith: These features are pretty interesting here, too. They talk about, I want my whole body to be supported. I want to land softly while also showing you these sexy shoes. It's pretty smart.

Matt Helbig: I think that goes back down to what job is this email doing. In this case, it's telling you like, okay, I don't want to shoes, I want my whole body to be supported.

Matthew Smith: Yeah, that's right. Getting people into nature runs again, handmade notice the handmade stuff. It looks like they got outside gear of the year. Good job. This is a really interesting way to continue to push the brand. Now it's a little different, I think they're exploring some stuff with handmade here that is a little bit new.

Using that for buttons. But I think that it's really clear that these are buttons. I'm excited to be able to look at these emails and see some new things. That's one of the things I expect, the email I get, I expect it to be unique. I expect it to be different every time.

That's been pretty neat to like, see what are they showing now. Notice that they're using the consistent type sets on each one. So they switched to handmade. The handmade feels like it belongs. It's a big kind of marker type of font, but it feels like it consistently belongs. So that's impressive.

Then this last one, this is a little bit more like get er done. Nice, big photo of some folks running together. Just a real clear heading. Subheading. CTA. And then they break this down into, it's summer. Here's how to stay cool. They're giving me a little education and they continue to promote this shoe finder.

So I think these are just some nice ways of creating themes for emails. I like the way you put that, that lead people through different ways of communicating with their customers and providing value. They're trying to move people toward buying products, but also trying to have fun. Trying to create a brand.

Brooks is doing that well in their illustrations. In these big emails. In this clarity, in their photography. I think it's doing a good job. Cool. Cool. Cool. Hey, email geeks, who should we talk to? Who should we interview next?

Let us know. We love having you here. Thanks for being here and have a wonderful weekend.